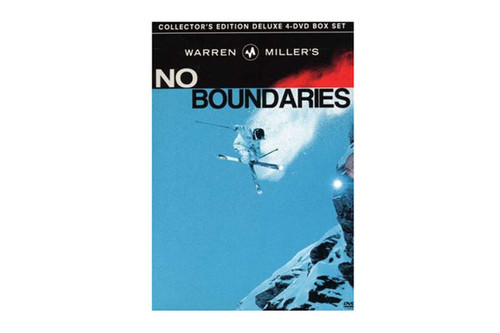 This set includes 3 of the most recent - and most spectacular - of Miller's winter sport films, plus a bonus DVD on the making of the first high-definition ski film. Included is Off the Grid, Higher Ground, Impact, and All Access. The scorching soundtracks include music by The Red Hot Chili Peppers, Audioslave, Switchfoot, Crystal Method, and more.

Three high-octane, adrenalin fueled winter sport films are included in this tripartite release: OFF THE GRID, in which Toby Dawson and Zach and Reggie Crist search for the world's deepest snow; HIGHER GROUND, which chronicles winter sports athletes in search of newer and wilder thrill spots; and IMPACT, which features Jeremy Nobis, Ingrid Backstrom, Charlotte Moats, and others in some of the most intense ski footage ever filmed.