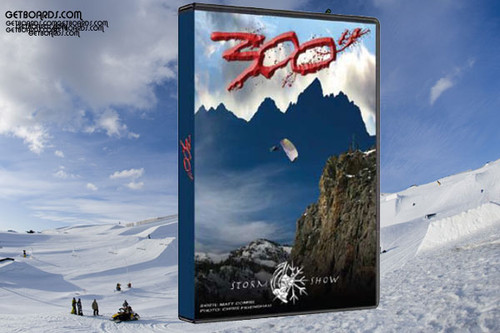 The Storm Show crew has persevered the drought-ridden 300” winter of 2006-07. Dwindling snowfall across the country may have hampered the efforts of some, but Jackson’s local skiers and riders show that they will never be victim to circumstance. Less snowfall has equated to steeper, rockier, and more exposed lines, the stuff locals live for… Storm Show breaks away from their traditional JH ski films by traveling around the globe to locales such as France, Alaska, B.C. and Argentina. Stuntman Matt Combs continues to break new ground with the sport of speed-flying: skiing exposed lines that end in certain death, with the only escape being his trusty paraglider, which he flies away in a 007-style only he can deliver.