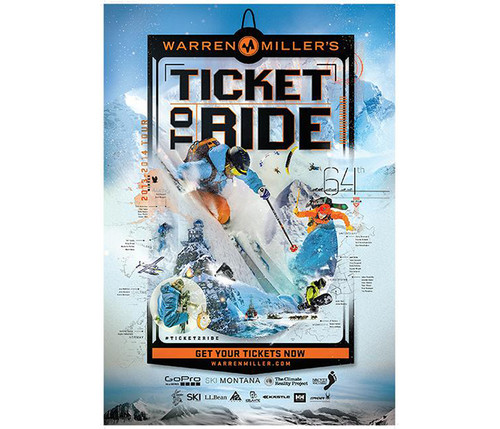 Warren Miller Entertainment presents Ticket to Ride for their 64th annual ski and snowboard film. Your traveling companions includes some of the biggest names in big mountain skiing and snowboarding, including Chris Davenport, Scott Schmidt and Seth Morrison. They are joined by Sean Pettit, Mark Abma, and Olympic champions like Scott Wescott, Julia Mancuso and Ted Ligety. Warren Miller crew filmed all over the world for this film, including Aspen, Norway, Alaska and other ski areas around the US. Get ready for the upcoming skis season with the newest Warren Miller DVD, Ticket to Ride. Narrated by Jonny Mosley.