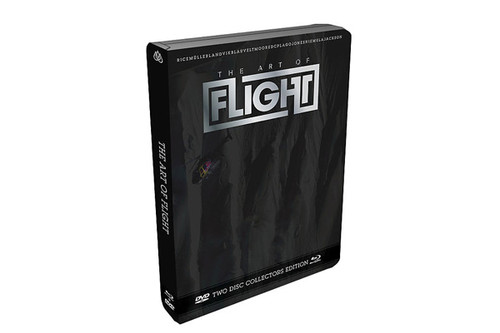 The Art of Flight Snowboard dvd

The Art of Flight Dvd
Brain Farm Digital Cinema along with Redbull and Quicksilver present The Art Of Flight snowboard dvd/blu ray 2-disc collector's edition, featuring a ton of today's top snowboard pros hitting the most insane terrain the world over. Filmed on location at epic mountains from around the world, including Alaska, Romania, Austria, Patagonia, Wyoming and many more, with super pros Travis Rice, John Jackson, Mark Landvik, Scotty Lago, Jake Blauvelt, Nicolas Muller, Gigi Ruf, DCP and Pat Moore along for the ride. Over two years in the making, The Art Of Flight by Brain Farm Digital Cinema is the only snowboard video that matters this season.