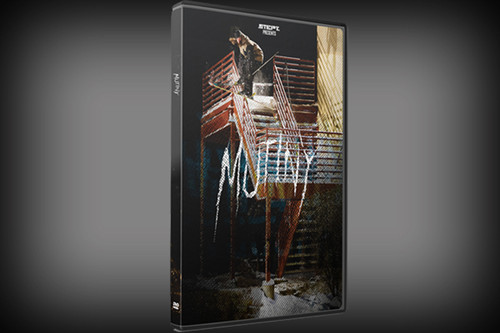 In 2013—after 12 years of producing ski films—Stept Productions embarked on its largest film project to date. Today, Stept is proud to announce its newest feature: Mutiny. The film documents young, progressive skiers as they commence on a mission around the United States; using the biggest cities in the country as their playground, the Stept crew sacrifices their health as they continue to redefine street skiing. Groundbreaking action, coupled with an award winning film crew brings a dark and mysterious story to light. Mutiny is intended for a mature audience and is dedicated to exposing the viewer to the raw and unfiltered world of the Stept crew.