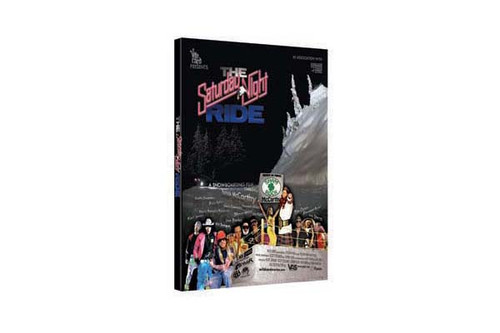 The Saturday Night Ride DVD
When an ex pro snowboarder is released from prison for a crime he didn't commit, the snowboarding world he thought he could return to has become something far beyond his wildest dreams. Pro wrestling and snowboarding have become fused into an all-new sport. Every Saturday night championship bouts are broadcast live on prime time TV. The riders have all become obsessed with battling each other in the ring and on the jump, in a quest to gain the world championship belt. Big back country booters, huge cliffs, lines, and technical rails are the training grounds as the riders take each other out, and a man seeks his former glory as well as his revenge for his unjust time behind bars.