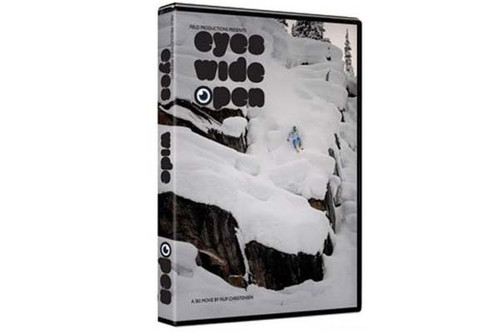 The modern movement in skiing is progressing more than ever, and it is hard to keep up with the stream. Field Productions has gathered skiers with all different backgrounds, but they all share the same vision about skiing.

Yes, skiing is about taking risks to invent new tricks and styles, but most importantly to have fun. ”Eyes Wide Open” gives you both. The movie includes top notch skiing in deep powder, big mountains, city streets and terrain parks featuring many of the most talented athletes out there. Look out for many unseen rail combos by Tom Wallisch and Even Sigstad, bottomless powder at Mica Heli with Åsmund Thorsen and Eric Hjorleifson, epic park heli shoots on the most beatiful places in Norway, JT Holmes and Eirk Finseth charging Lake Tahoe, Norwegian invasion in Montafon Austria, Jon Olsson shows why he is the best park kickers, and much more. Some parts of the movie is filmed with the RED One camera, which gives ski movies a whole new meaning.
The movie will be sold as a 2-disc set, together with the “Eyes Wide Open Documentary.” The documentary gives you a deeper insight of the 2009 season, as well as the athletes' thoughts and explanations of each aspect in skiing.