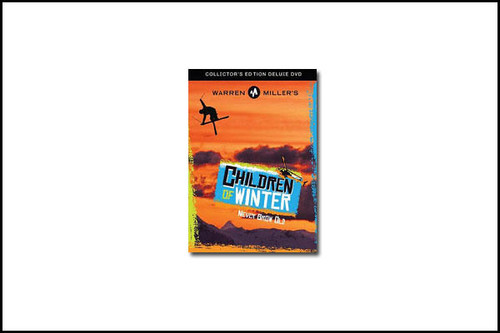 
Deep powder. Huge airs. World-class cinematography. It's all part of Warren Miller's Children of Winter, the world's largest action sports film, which is set to music by Radiohead, Michael Franti and Spearhead, Beck, and others. Shown in crystal-clear high definition, the film tour crisscrosses the nation and nine countries worldwide. Check out warrenmiller.com for all tour information, videos, photos, and more.

"When it's cold and snowing, others run inside. But skiers and snowboarders do the opposite, no matter how old we are," said Max Bervy, director and producer. "We are all the Children of Winter, and if you ski or ride, this movie reaffirms what we all know, that we're lucky to know the shortest, coldest days of the year."