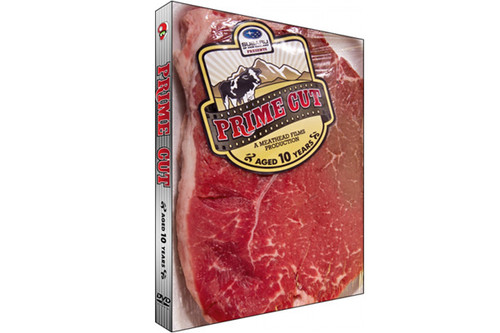 
“Prime Cut” nourishes viewers with Grade A backcountry footage from Vermont, New Hampshire and the Chic Choc Mountains of Quebec.  The Meatheads slice and dice urban terrain in Portland, Boston, Quebec City and their hometown of Burlington, VT.  Even the exotic tastes from the islands of Hokkaido, Japan and Newfoundland are included in this beefy smorgasbord.
Combining the choicest cuts from the 2011 season with memorable morsels from winters past, “Prime Cut” is Meathead Films’ most delicious offering ever that will keep you marinating for hours with skiing entertainment.

Here is what you can expect when you pick up the DVD.