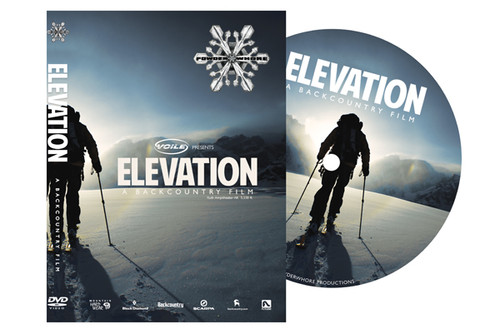 Before resorts, tickets and overpriced pizza, there was adventure in skiing. Before the mountains were harnessed with lifts, bound with ropes and scarred with designated runs, they were wild. Actions with
consequences were chosen and the individual was held responsible. No liability forms or waivers. The lifts came and made the mountains small, tame and in time, boring. We were sold that THIS is skiing. And we
obeyed.

A revolution is taking place. With this resurgence into the backcountry we look for real adventure beyond the tightly wound, firmly stretched orange and black ropes that "protect" us from knowing freedom.

The backcountry is the imagination unleashed and you get out what you put in. There are real boundaries and limitations though; avalanches, exposure to the elements, conditions and fatigue all challenge one to grow in knowledge, patience and fitness. The joy comes in discovering these limitations, moving through fear and exploring beyond. Putting in the perspiration and inspiration leads to ELEVATION.

-Holden Village, a peaceful Lutheran Retreat deep in the Cascades, hosts Michele Manning and a wayward band of skiers who discover its powdery blessings from above.
-The Dorais brothers, Jason and Andy, attempt speed skiing records on the Grand Teton and Mount Rainier
-Andrew McLean explores true expedition life in the Ruth Gorge of Alaska.
-Returning to health, Noah Howell reveals the depths of his season.
-Jake Sakson and Paul Kimbrough clean house in their backyard range, the Tetons of Wyoming.
-Will Cardamone and Charlie Cannon hole up for turns in a hut deep in the Wallowa Mountains of Oregon.
-Bob Athey offers up crusty bits of wisdom gathered from decades of being bitter in the backcountry.
-Cindi-Lou and Zach Grant build the cabin of their dreams in the heart of the Wasatch Mtns.
-The Provo brothers, Neil and Ian, reign supreme in the Tordrillo Mountains proving once again that Alaska is the undisputed king of big lines and deep powder.