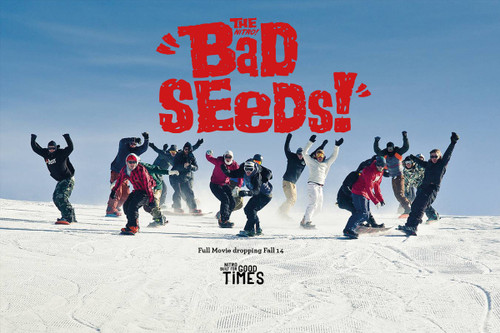 Nitro Snowboards is proud to present The Bad Seeds, a snowboard video for all snowboarders.

This year, we have travelled around the world in search of good times with our best friends and only our snowboards to get us there. We rode in places like Salt Lake City, Montreal, Sweden, Russia, and even the Himalayas, but throughout this adventure, we realized that as long as we are strapped in, we are going to have a good time.

The Bad Seeds stands for a group of individuals who enjoy living a life outside the norm that society has set. They snowboard how they want, all day – everyday. The idea of this movie was to capture how these guys ride when they are together and just snowboarding for fun, not necessarily for capturing the best trick on the biggest feature. Snowboarders will always push themselves and amazing things happen, but there are also a lot of fun situations along the way.