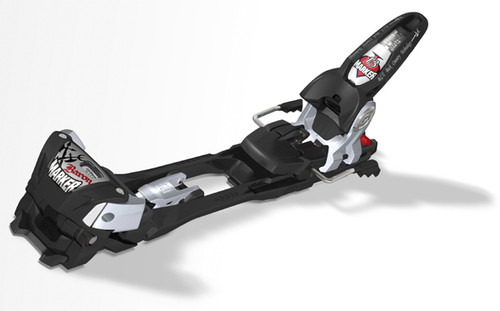 Marker's 2012 Baron Bindings come with the Power Width Design for maximum power transmission. It has a low, neutral stand height and the shortest frame of all AT models in the market. It has a wider interface than traditional bindings (not built around the historic 63mm SL ski like conventional bindings), and the connecting brackets are strategically placed for more power to the edge. The Baron Binding was designed with the "Easy Releasable Climbing Aid" feature which is also the same climbing aid used on the Marker Touring Binding. The Marker Baron is perfectly suited for lighter weight big mountain skiers who want the performance of the Triple Pivot toe, Inter Pivot heel, and Power Width design. Optional brake sizes 90mm, 110mm or 130mm.