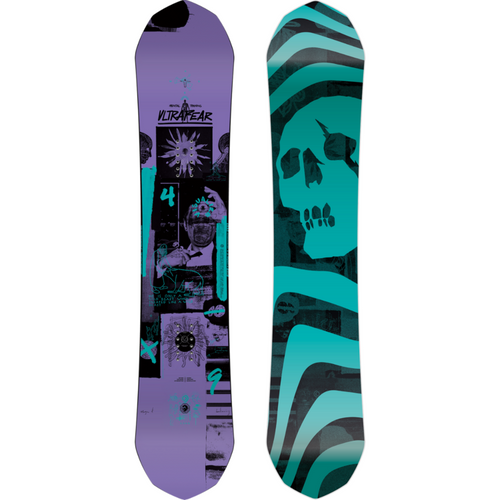 As a three-time Transworld Good Wood Award winner and star of endless video segments, no board has seen more screen time than the ULTRAFEAR. With a new Dual Blaster V2 Core™, Carbon Kevlar Body Armor™, and a full perimeter 360º Cork Edge Dampening System, the technically advanced composition of the ULTRAFEAR provides increased ollie power and a toughness coveted by many riders. Loaded with high-end technical attributes, the ULTRAFEAR stands as one of the greatest jib and park boards in the world.