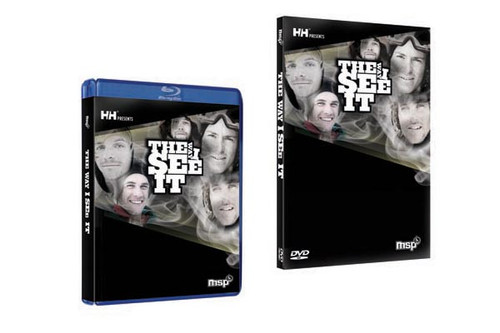 Videos The Way I See It- Ski Dvd

Here it is.  The most anticipated ski film of 2010.  MSP takes you into the action with “THE WAY I SEE IT.”  This work of epic proportions features top-shelf skiing and cinematography swirled around an eclectic soundtrack.  In addition to fueling your fire, this film provides several unique perspectives on our sport, and in the end brings you more epic skiing than you can shake a pole at.  The winner of Powder Magazine’s 2009 “Movie of the Year” brings you the best athletes on the planet, doing what they do best – skiing faster, spinning while flipping and grabbing, and of course, stalking the deepest stashes of snow in the world.  The MSP team scoured the globe in search of what makes this sport so special… the adventure, the passion, the camaraderie, and the fun.  “THE WAY I SEE IT” showcases the greatest deep powder, steep lines, and massive park features from British Columbia, Japan, Alaska, Colorado, Switzerland, Idaho, Washington, and many other locations worldwide. Blu-Ray is $29.98 and Standard Dvd is $27.98